The Kalinga war that changed Ashoka

The war that changed Ashoka

was a war fought in the Indian subcontinent between the empire of Maurya and the state of Kalinga. It is one of the major battles in the history of the Indian republic.  The empire of Maurya under Ashoka emerged victorious. There was a need to annex Kalinga from an economic and strategic viewpoint especially since the state of Kalinga stood in the way to the Ganges valley. Kalinga was also a strategic maritime area. When the state Kalinga refused to accent to this demand, there was only one recourse-war.

The leader of the Maurya Empire.

The Kalinga war was fought in the eight year of Ashoka reign, and was so bloody. At the end of the war, Ashoka the leader of the Maurya Empire vowed never to engage in war. The horrors and suffering of the Kalinga war, and the pain it caused to Ashoka has been aptly captured by the 13th edict “A hundred thousand were killed, a hundred thousand were killed and many times that number perished”. Having led the kalinga war himself, Ashoka fully understood the gravity of the war and in his own words

“Today if a hundred or a thousand of those people who were killed or deported when Kalinga was annexed were to face the same suffering, then it would weigh heavily onto the minds of the beloved of the Gods”

The war that changed Ashoka.

The kalinga war had a great impact on the life of Ashoka, and his administration public policy towards war. Personally, he converted to Buddhism.  The brutality of the war, made him adopt a non-violence approach, and seek peace whenever possible. He further instructed his sons and grandsons NEVER to wage such a kind of war. The drums and trumpets that initially signified war was to be replaced by drums, and trumpets announcing moral and ethical principles. Ashoka later formed officers known as the rejjukas whose responsibility was to not only reward good behavior but also take care of the needs of the local inhabitants.

The kalinga war had no parallels to any other war fought with respect to the intensity and lessons learnt. After the kalinga war, the Daya River flowing near the battle field changed to red in color from the blood of slain soldiers, and kalinga civilians. It is true that kalinga war changed Ashoka, but at a very high cost in terms of displacement. 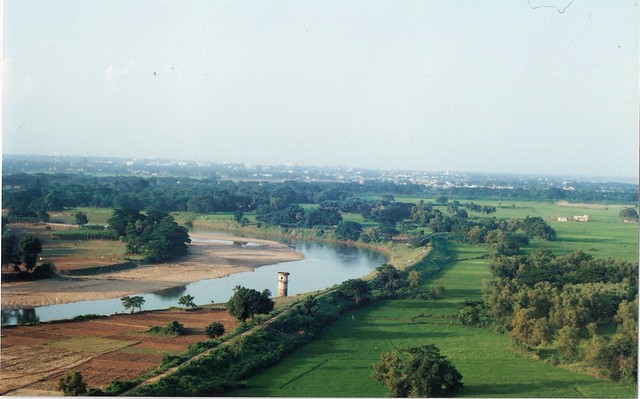 India as a massive and magnificent nation was the site of the most unforgettable battles in history, one of which was the bloody Kalinga War in 261 BC.

The Magadha Army was a mighty force of the Mauryan Empire that ruled over ancient India. Stretching from the north along the Himalayas, to the East of Assam, and onwards to Pakistan, Balochistan and the old Afghanistan, the vastness of its reach only stopped in the small yet rich kingdom called Kalinga (located in the present-day Indian state of Ornissa), which remained independent from the Mauryan rule under King Chandragupta and his son, Emperor Bindusara.

The complete domination of Kalinga had always been the crusade of these two rulers, but they failed to conquer it due to the patriotic Kalinga people who valued their freedom and ready to defend it anytime. As such, the fervor to invade Kalinga passed on to Ashoka, son of Bindusara who died in 272 BC.

On the eight year of Ashoka’s reign, the plot to conquer Kalinga commenced. The mighty Magadha Army with King Ashoka in the lead and thousands of cavalry and war animals after him, swooped over the Kalinga warriors in Dhaili hill, site of the battle, trampling its village army of 60,000 soldiers, 1,000 cavalry and 700 elephants. Despite being outnumbered, the Kalingas fought with fervor, their valor ending in death. In no time, Ashoka’s army won.

The Kalinga War claimed the lives of 100,000 Kalinga people, 10,000 men from Ashoka’s army, and hundreds of war elephants on the spot, not to mention exhaustive damage to more lives and properties. It was said that the Daya River next to the battlefield flowed with the blood of thousands of dead warriors.